During the core of the hot European summer, here is a weekly report about the last 2 weeks in the VLC and VideoLAN communities!

It was a bit calm, to be honest; and I'm a bit late to publish. Summer is the cause

The week started by a lot of code cleanup and renaming for the Mac OS interface. We also had improvements focus on the Sierra release.

On the decoding side, we've had some improvement for hardware decoding in Direct3D11, focused on HEVC decoding.

We also had fixes for the OSX VideoToolbox decoder, notably to be able to restart the decoder when required.

A module supporting the AV1 from the Alliance for Open Media was merged too. So far, it's only a decoder, and disabled by default.

On the streaming side, the MP4 muxer timestamps were fixed. It was also backported to the 2.2.x branch.

We now have ARM64 assembly for our deinterlacer, which will be very useful for iOS, Apple TV and Android TV.

Finally, we had fixes for RTSP passwords saving in the keystore, improvements for RTSP support and the H264 packetizer, and we added support for UTF8 filenames in FTP directory listings, and support for DiscNumber and DiscTotal metadata in MP4, and DNxHR!

On Android, we've mostly fixed crashes, updated translations and pushed 2.0.6 in production, on the play store.

The work is mostly done now on the new media library code, that will be merged later.

On UWP, the focus has been on the XBox 1, and mostly on how we can upload files on the box, since we don't have access to the filesystem.

The current solution is using an HTTP webserver to upload the files from your browser, and support for USB disks.

That's all for those weeks, see you next!

These weeks in VideoLAN - 31

After the holiday season, this is the last of the weekly reports for 2015 for VideoLAN and VLC development! 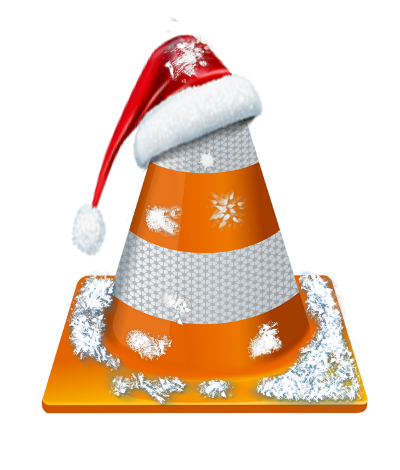 As one can expect if one has read my previous reports, we had quite a few improvements on the HTTP/2 pipeline (multiple cookies, test cases, ...) and on the HEVC/H.264 packetizers (test cases, SEI...).

When using libVLC, it's now simple to know if the titles are menus or are interactive, with the libvlc_media_player_get_full_title_descriptions call.

We've added a way to have tunneled-playback through mediacodec on Android for surface with punch holes. This is only for developers who work on a specific platforms and SOCs, since you must know what you are doing.

In the streaming output, we've added sout_MuxFlush to be able to flush, notably useful when seeking the input.

We've also got quite a few commits on the ChromeCast module, preparing the work that will come soon, to have a proper support of those devices.

On OSX, we've had a large rewrite of the messages and the information dialogs.

Finally, we've had improvements on the H.264 and HEVC demuxers, and on the adaptive streaming modules, fixes on the iOS video output, and a lot of small fixes for leaks and crashes.

It has brought quite many new features and improvements:

Be careful, this version requires iOS 7 to run.

On Android, we've done 3 minor releases, 1.7.3, 1.7.4 and 1.7.5.
Those releases fix a lot of bugs, but also improve the Android TV version, notably on the audio player and the now-playing cards.

A large addition was added to the master branch, to support sources extensions.

Those sources extensions will appear a bit later, on the Play Store.

We've also added support for Search inside the audio playlist and a playlist in the video view, when using a second-screen!

On WinRT, the work was done to improve the navigation stack, and the way we move inside the application, including the hamburger menu. We've improved the MiniPlayer too.

Finally, we've done major refactoring of files and projects to be have a better file layout.

As you might have seen, we've finally done a new release for libdvdcss!

So, that's all for the last weeks!

For everyone, I wish you a happy new year, and give you all my wishes of health and success!