Another week, another weekly report about VideoLAN and VLC development.

We started the week with fixes to build libVLC for WinRT.

Then, after the work from last week, the DVB scanning was improved again, notably to manage timeouts; and the DTV module was fixed accordingly.

libVLC users can now use libvlc_media_get_parsed_status and the new libvlc_MediaParsedStatus event to monitor the item preparsing.

We've extended our AVI muxer to support the A-law and μ-law codecs.

Finally, we improved the bluray, SMB, keystore and Qt modules.

During the week-end, a small team went to Helsinki to work on the colorimetry support for VLC.

As we're moving to UltraHD (4K), the videos are shifting to new, wider, colorspaces. In the past, we just ignored the small differences and took the sane defaults.

It's not possible to do that anymore with the Rec.2020 and the new HDR colorspaces. 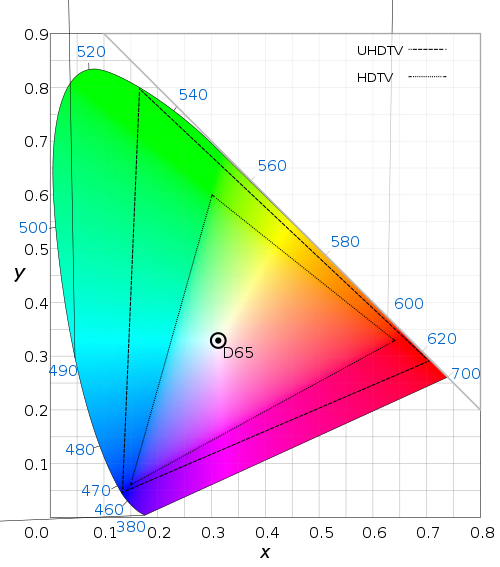 Therefore, during the week-end, we laid out the base to support those colorspaces inside the core.

On Android, we started by fixing the navigation with the keyboards and keypads, for the classic android version.

We also added a next and a previous button in the video player, when playing a video playlist.

Then, we added support for subtitles download, from internet subtitle databases.

Finally, we fixed a few bugs, notably on focus and and metadata.

All those changes will be pushed on the store in the version 1.9.8.

The WinRT code was quite active last week.

A lot of work is not visible, but is done on the libVLC backend, so that the VLC/WinRT code is closer to the Win32 code. We expect that to give us quite a boost in performances.

Another large part of the work on the interface is also not very visible, but is done to improving the medialibrary code, and clean the split between interface and the backend. This should reduce the number of crashes we are seeing.

Finally, last week, we've spent time on the design and look of the application. Here is a screenshot of the current code.

Last week, just before the NAB show, we pushed some new code in the x264 codebase.

The most visible changes are:

The work on libbluray this week was mostly going on improving the BD-J menus.

This work was visible in the javax.tv namespace, but also in general where many errors were denoted to warnings, and should improve compatibility with more disks.

Finally, there is now a seek event for BD-J.

We'll have a release soon with all these improvements.

That's quite a bit for this week! Thanks a lot and see you next!

Looking forward to comparing performance in the next WinRT version! Is there an ETA on when the next build will be pushed to the Store?