This is my second report in 2016 about what happened last week in the VLC and VideoLAN communities.

Of course, the big news of the week was the release of VLC for the AppleTV.

Apple TV is the latest platform to which we added VLC support, to continue the VLC everywhere route, after VLC on ChromeOS, VLC for Android TV and VLC for Windows Phone that we added last year.

You can read more about it on Felix's blog and on our website. 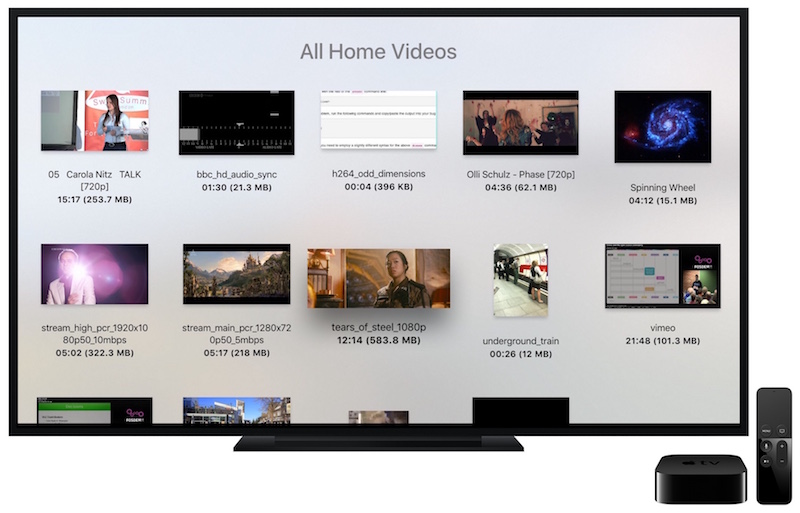 We hope you will enjoy VLC on this new platform.

Monday started with the addition of a NFS protocol implementation to VLC. This will allow us to access and browse files and directories on NFS shares, on all our ports, including Windows, Android and iOS, where this protocol is not natively included.

We then got multiple fixes on the new Keystore API and the corresponding implementations, notably in the SMB and SFTP modules.

The AVI demuxer module was fixed to help reducing the number of connections for distant streams on interleaved files. This should reduce the load on the servers, when playing those files.

Multiple fixes and improvements were pushed on the TLS code, continuing the work from the previous week. Notably, to use I/O vectors for sending and receiving messages.
Then, the TLS code was abstracted to allow TLS sessions not directly above TCP, like in the TLS over TLS case. This big refactoring was necessary to add the support of HTTPS through HTTPS proxies.

On Android this week, we had quite a few changes too.

We now have a manual way add network servers, like FTP, SFTP, SMB, NFS or FTPS.

On the Android TV, we've improved the settings, reworked heavily the playlist and the advanced options navigation, and refactored completely the video listing, to allow alphabetical sorting and browsing.

Finally, we changed the seek buttons to 10 seconds, instead of 30; we now show bitrate information in media information dialog for audio files and we improved the playlist items' look and navigation.

Try a nightly build to test all those features!

So, as said in the introduction, VLC for Apple TV was introduced this week, in its version 1.0.0.

Based on the iOS version, it's finally a bit different, to accommodate the specialties of this platform. Especially the casting we introduced is not seen in any other port of VLC.

You should read more about it on Felix's blog.

At the same time, we released VLC for iOS 2.7.2, fixing minor reported bugs.

That's mostly it for this busy week, see you next!

Thanks, JB! I think it's fascinating to see VLC progress.