These weeks in VideoLAN - 35

After the celebration of the 15th anniversary of VLC and the release of VLC 2.2.2, here are we back to normal weeks and here is a new report, on time. 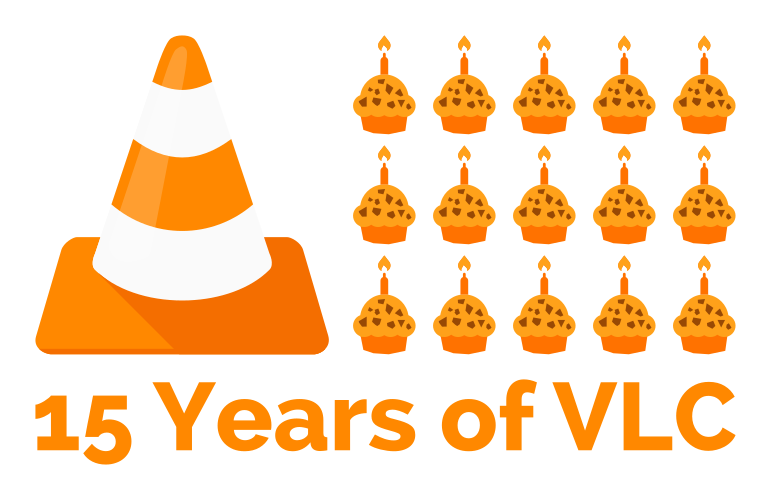 Once again, this post is a double-week report about the VLC and VideoLAN communities; and they were very very busy.

The first thing that happened after FOSDEM, was that the HTTP support for gzip and deflate was removed and split into a new module named inflate.

The biggest improvement of the past two weeks was the new API for dialogs that replaced the old one; it should be more consistent, easier to use, and is finally exposed through libVLC!
All calling applications can now manage the dialogs without the old hacks that existed.

A new module to discover mDNS/ZeroConf/Avahi/Bonjour services was merged.
It is based on libmicrodns, works on all platforms and discovers NFS, SFTP, FTP and SMB shares.

Finally, libvlc_media_discoverer_list_get was added to libVLC to have a list of services discoveries supported in this instance.

Tristan added new VP8 and VP9 encoders based on libvpx.

François split the big TS demuxer in multiple files and improved a lot the support for metadata and EPG. Support for PSIP and ETT tables were added too.

We've merged a new video filter for edge detection, as you can see here:

The Mac OS interface, got itself a complete status bar menu, to control VLC without bringing it to the front.

In addition the OS X and iOS port, got their support for a wallet keystore module, with values that can be shared through iCloud.

The old dialogs support for OS X and iOS was removed.

A large number of Mac OS X dialogs were moved to AutoLayout, so that we can support RTL in a simpler and more correct way.

A module named bonjour was added to provide the same features as the libmicrodns module.

We also got improvements for Vimeo and Youtube support, large changes in the UPnP module, fixes on Freetype and Ogg seeking, and vmem.

We've merged quite a few patches to improve our Windows Phone and WinRT compatibility.

Once the keystore module is merged, the Android version of VLC, should support most of the common network shares.

We've added the notion of favorite network shares too.

The extensions can now have a refresh callback and can set their icons through a custom URI.

The extensions can also easily warn if VLC is not installed.

We've added the support for the LUA extensions and the new Dialog APIs mentioned earlier in this post.

We've also improved the support for the different libc we have on different versions of Android.

We've improved the support of TV running Android without being officially Android TV.

We've done large code cleaning on the TV specific classes, and fixed numerous bugs in the main views and the remote controls.

Finally, we've added an option to disable the album art on the lockscreen, for privacy reasons!

The WinRT port was quite busy preparing the Windows 10 port, also known as UWP.

These weeks, a lot of the design was reworked, notably in the Artist and Album sections, to better fit the new Windows 10 look.

The pivot and the sidebar were also improved for colors and behaviors. Settings and a few other pages were also fixed to support Windows 10 Mobile buttons.

The application is now working as WP8.1, Win8.1 and UWP flavours, depending on how you compile the application.

libaacs received the new aacs_decrypt_bus() needed for BD+ when the bus is encrypted.

libbluray was fixed to detect if the DRM implementation (AACS or MMBD) is actually working, and fallbacks in the other cases.

And both libraries got a few other minor fixes, mostly crashes related.

That's all for this week! Have fun!